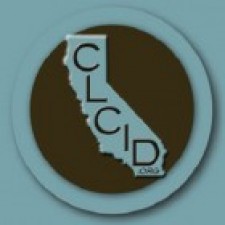 California, United States, September 24, 2016 (Newswire.com) - The nature of our cities, towns and counties is always changing, and generational trends and demands for interior design are one of the drivers for this. Recent studies have revealed that millennials and our aging population are each in their own way putting demand on designers to reshape living environments to better reflect their individual needs and requirements. The demands of these generations have presented challenges and opportunity for innovations in interior design legislation and practice, reshaping the way designers interact with clients and other professionals in the design build industry.

Evidence for the way millennials are changing the face of our cities comes from a new study by the Canadian global commercial real estate services firm Avison Young. The study titled “Millennials and Re-Urbanization of the City” explores the way in which millennial populations are reinvigorating long-dormant urban areas in Detroit, downtown Los Angeles, Brooklyn, downtown Houston and Uptown Dallas – among other cities – in an effort to move ‘closer to the core’ of a city where facilities and interior design is more geared towards convenient living.

This trend is also seeing rapid urbanization of metropolitan areas like Austin and Nashville, which had previously been smaller and less dense. Cities like San Francisco and Boston which are already dense are seeing further densification as the popularity of urban and inner city living skyrockets among this generation.

For millennials, it’s all about convenience. Living close to an urban center means proximity to businesses, public transit, facilities and conveniences. This also provides an opportunity for interior designers to work on making urban spaces even more functional and appealing to millennials, by optimizing compact living space and streamlining amenities in homes.

For our aging population, the priorities are a little different and yet, interior design still plays a central role. There’s no doubt our population is increasing in average age each year. People age 65 and older now make up 13 percent of the total population, compared with 12.4 percent in 2000 and 4.1 percent in 1900. An aging population also has changing needs, and one of the buzz words for the aging population of the 21st century is aging-in-place.